Today is a good day for Snow Miku fans for updates! We’ve had official reveals of the Snow Miku 2021 Nednoroid, figma, as well as the wrapped street train today via Good Smile Comnpany staff, and the official Hatsune Miku blog. We’ve also now know the official name of the design: Glowing Snow ver.!

First up is the Snow Miku 2021 Nendoroid design, which is absolutely pretty! in case you previously missed it, the winning costume for Snow Miku 2021 was designed by Annatumikan. Three different faceplates will come included, along with a music book for some festive poses! 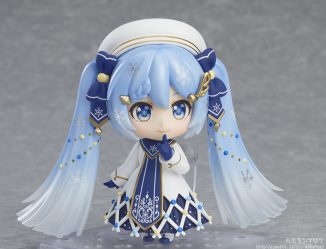 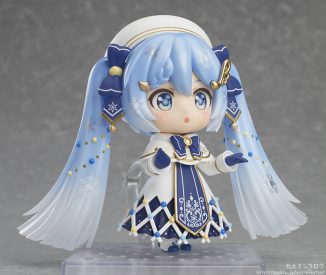 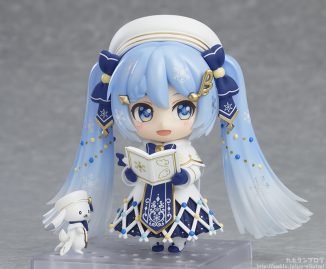 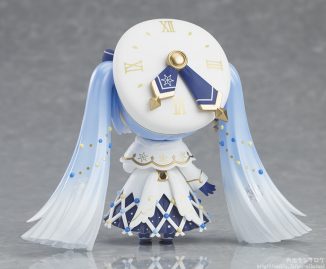 br>
A lower resolution photo of the figma was also shared over on the Hatsune Miku blog. We expect more details about this figure to be released as we get closer to the Snow Miku event date: 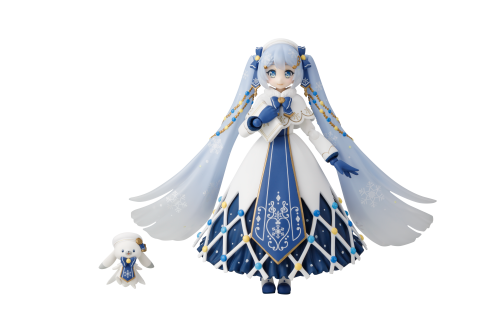 Please note that pricing has not yet been mentioned for either figure, but they are scheduled to go up for pre-order on February 7th, 2020 JST.

Lastly, the wrap and interior of the Snow Miku street car has been revealed over on GSC Kahotan’s blog. The interior also features a banner of the upcoming Hatsune Miku NT software version release, and another photo of the figma! 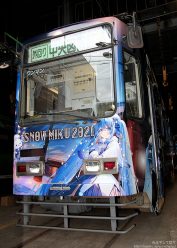 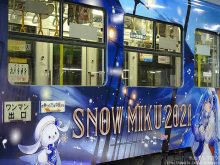 If you’re wondering about the Snow Miku Street Train VR experience we mentioned before, the full experience will be made available starting December 1st, JST. So check back after that date!